A film sequence is displayed bit by bit by two big cube monitors. The movie shows a woman who is seemingly trapped inside a narrow space between two glass walls. She tries to make herself noticable to the outside world by knocking on the glass and running from one window towards the other. In the presentation the woman in fact is trapped behind the big screens.

The viewers follow the picture from one side to the other and move around the installation like a holy object. Every time when the screen turns black before their eyes they see their reflection on the reflecting surface of the monitors, as if they’d be trapped there themselves – it’s only visible though, as soon as the picture jumps to the other side of the installation.

»Let Go« deals with the immediate encounter between viewer and medium. The usual identification with a protagonist is debated and counteracted with the effort to see the film sequence completely. The trial of an encounter by our unconditional desire not to miss anything.
In the very last moment of the video sequence the woman and the viewer have eye contact, then the screen turns black. To come closer remains a failing attempt.

The sequence was shot with the actress Meret Mundwiler. 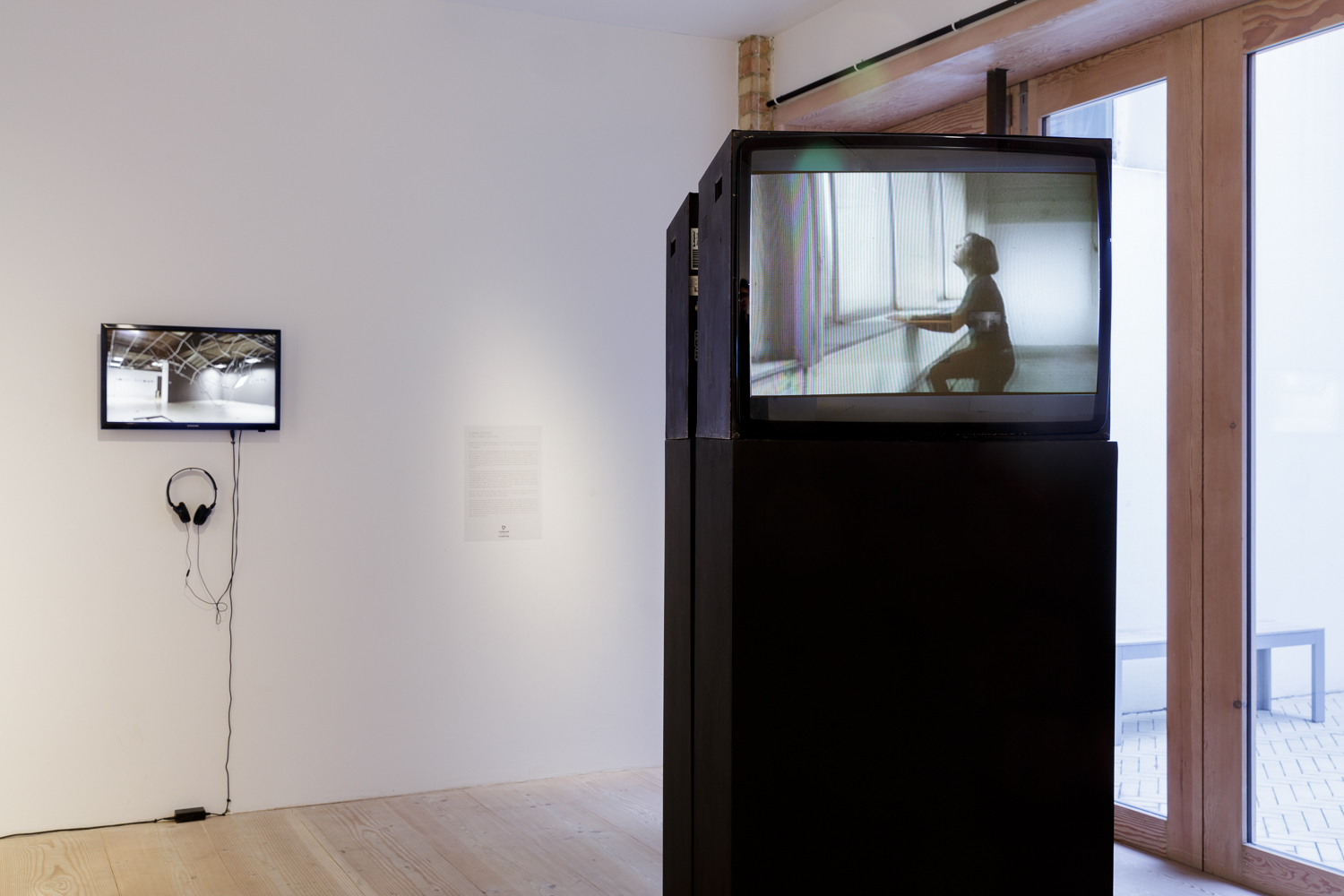 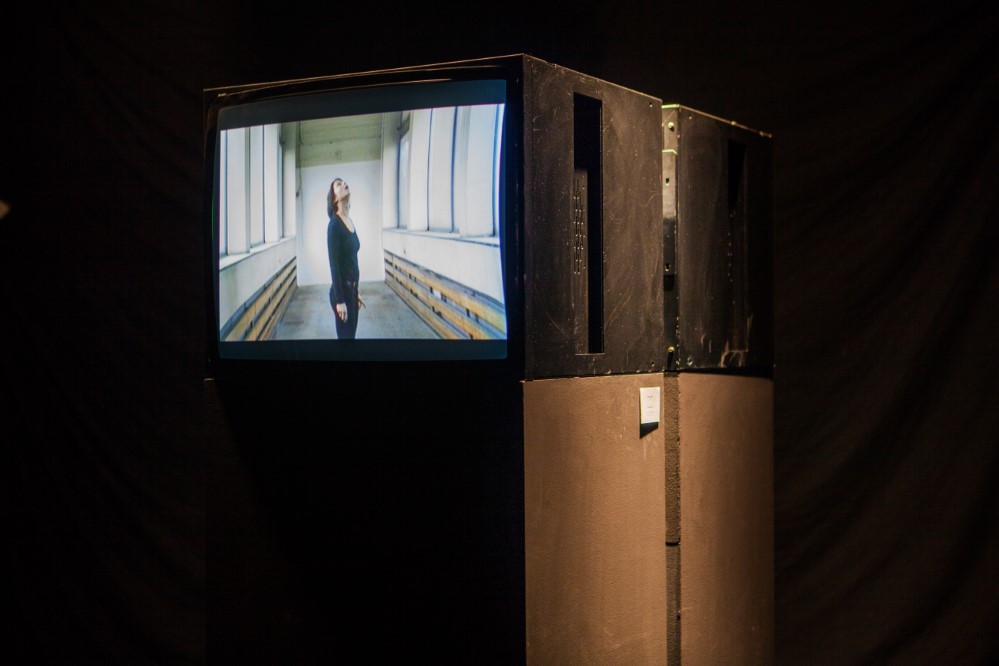