A window façade has been covered on the inside by gypsum slabs to darken the presentation space and to create the possibility for a video to be projected. Subsequently this window façade is filmed from the outside, while a hole is being opened in the gypsum cover by using a hammer. This video is later projected onto the wall opposing the wall with the hole. Hammer, chisel and segments of the wall remain lying underneath the hole.

»Sculpting an Eye« creates a stress ratio: between the creation of the possibility to screen the projection on one side and the partly destruction of it (that is initially providing the sujet to the film) and on the other hand in the failing attempt to validate the outward of the space. While the hole is recognized in the video, the space surrounding it seems unfamiliar, since it lies beyond the physically visible space.

This enactment is reminiscent of the functionality of a Camera Obscura: yet the picture projected on the inside of the space is not the view towards outside, but the surface of „the eye“ itself. The viewers are not able to see the outward of the building, in which they are located. Each time their gaze fails to recognize the object of interest.
Also, questions about the location of filming arise. The visitors trapped inbetween the transposition of being viewers as well as the ones exposed to the view of a camera. The sculpting of an eye, that is pointing towards oneself. The outside shifts to almost becoming the inside and vice versa. 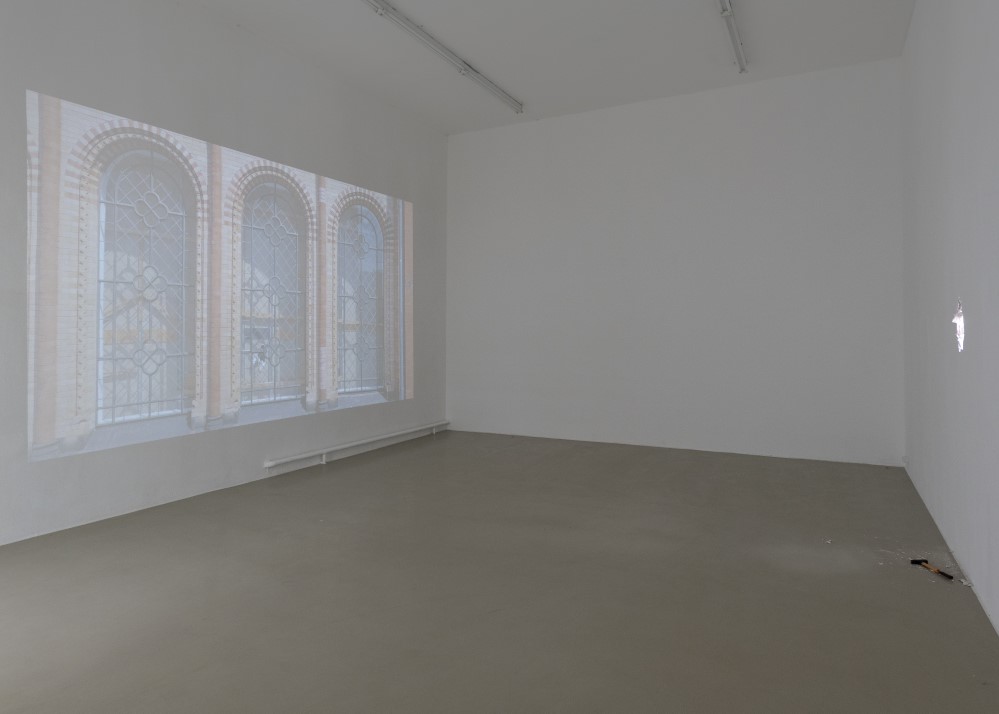 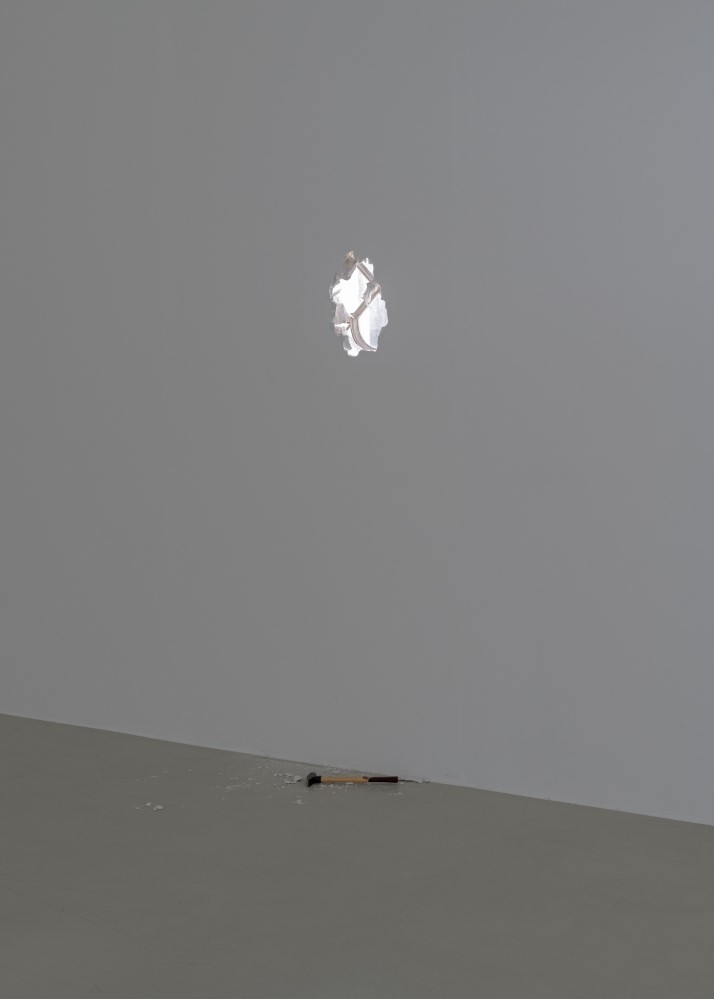 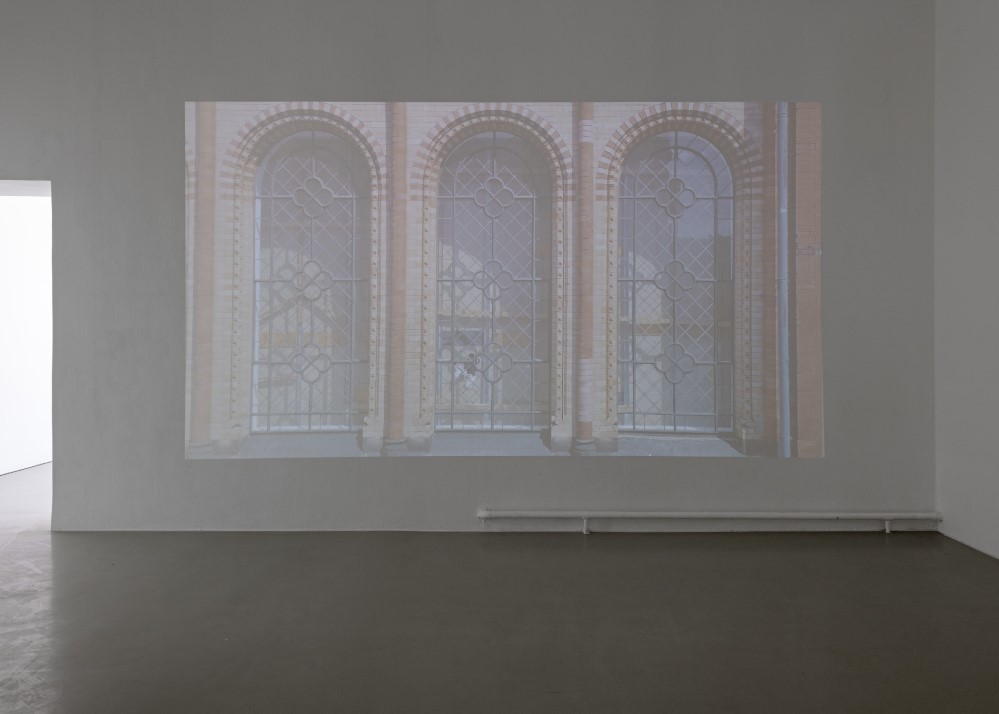 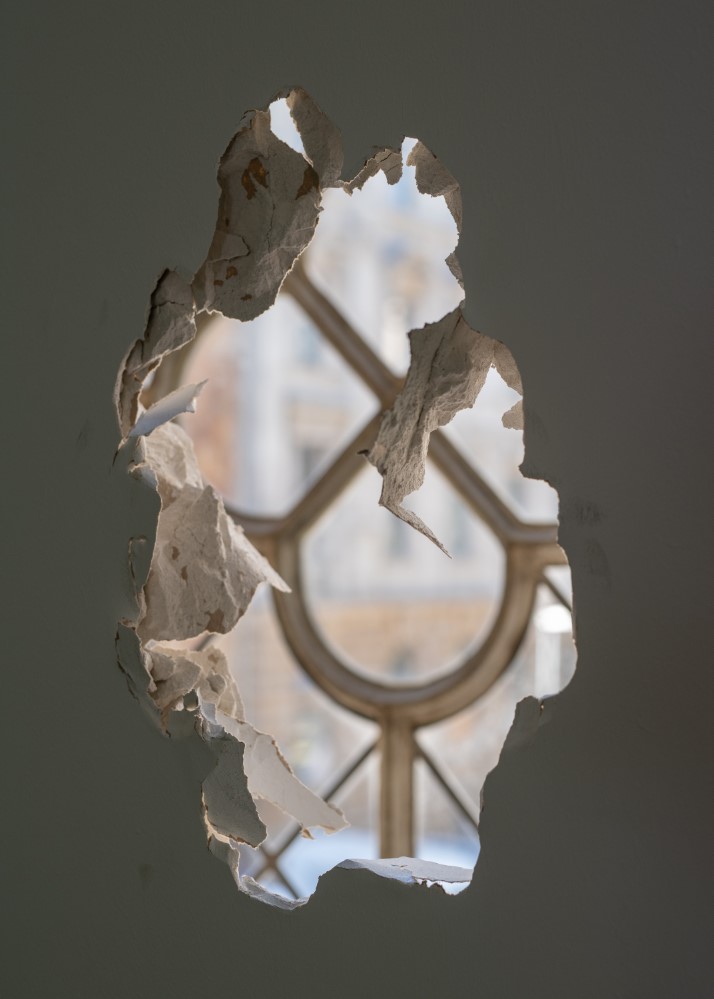