In the frame of his solo exhibition »Space Invader« Lukas was living and working in the exhibition space of Kunstverein Hannover. Being watched by CCTV at all times, he decided to move his whole equipment including bed, underneath the camera, outside its picture frame.
A wooden staircase was then constructed on the opposite side of the space, lifting the viewer about 3,5 meters above ground. On top, a small screen displayed the live view of the CCTV camera that was depicting the viewer from the back. However, nothing of Lukas’ studio was seen in the picture frame – the viewer seemed to be alone in the room.
Being inspired by Bruce Naumans closed circuit installations, Lukas created a hierarchical imbalance between himself, who was living and working inside the space all along, the viewers and the institution. In the context of the exhibition he was the one to be looked at, to be kept under surveillance, which he aimed to emphasise by constructing this »Watchtower« for guests. However, viewers would soon recognise themselves as still being watched by a higher instance – one that is hiding behind the curtain of a CCTV camera who’s eyes the artist already succeeded to escape by living underneath its radar. 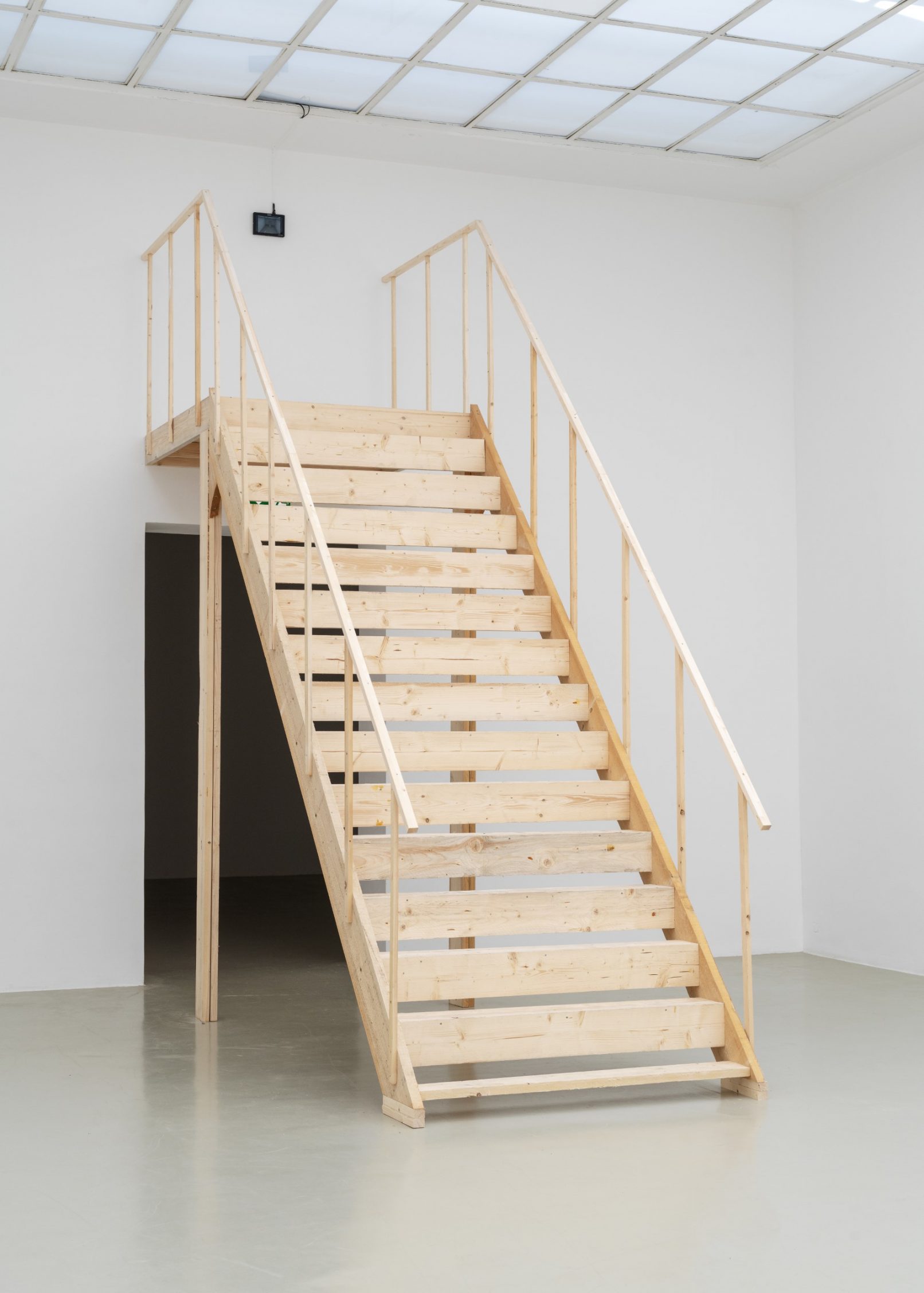 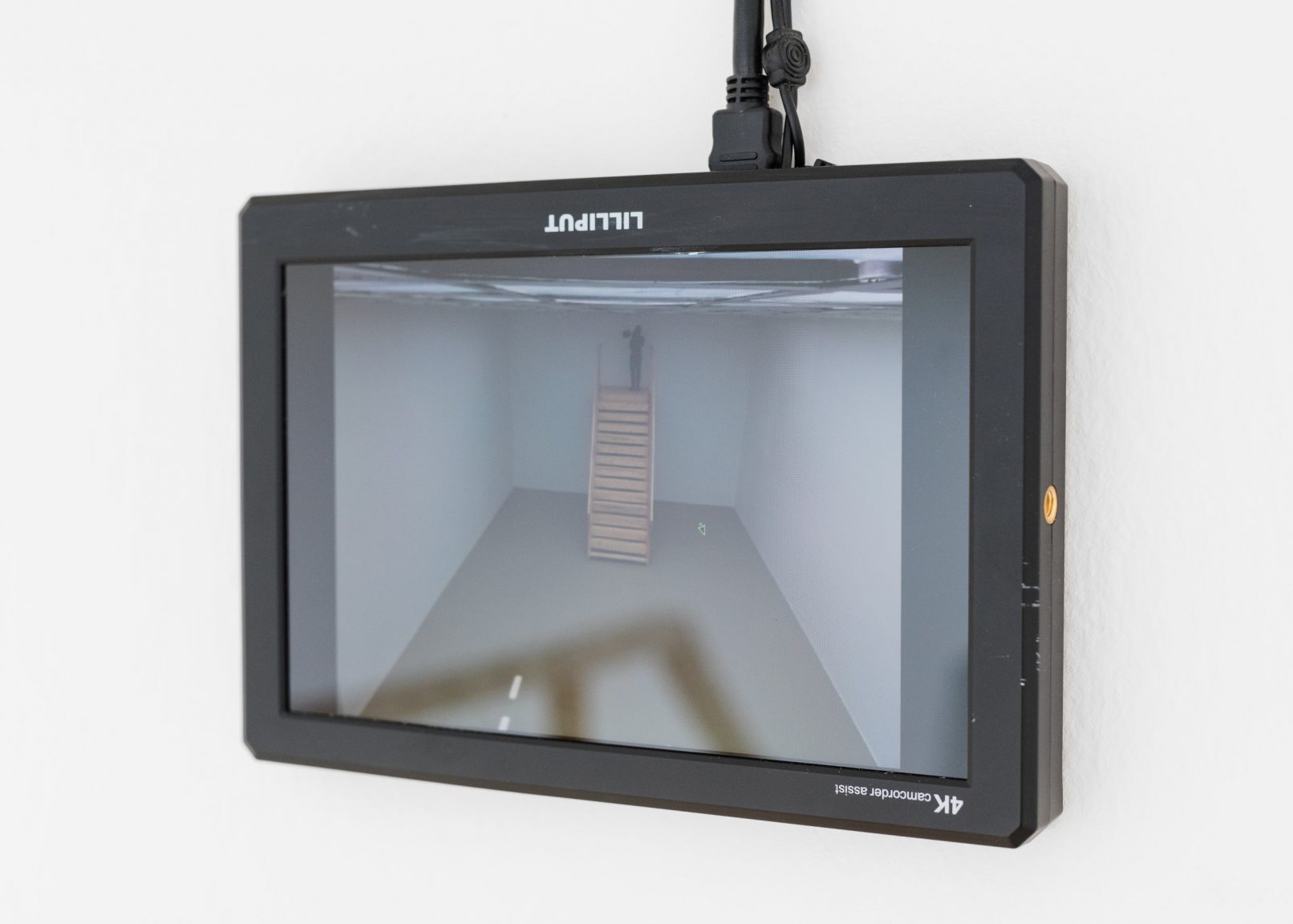 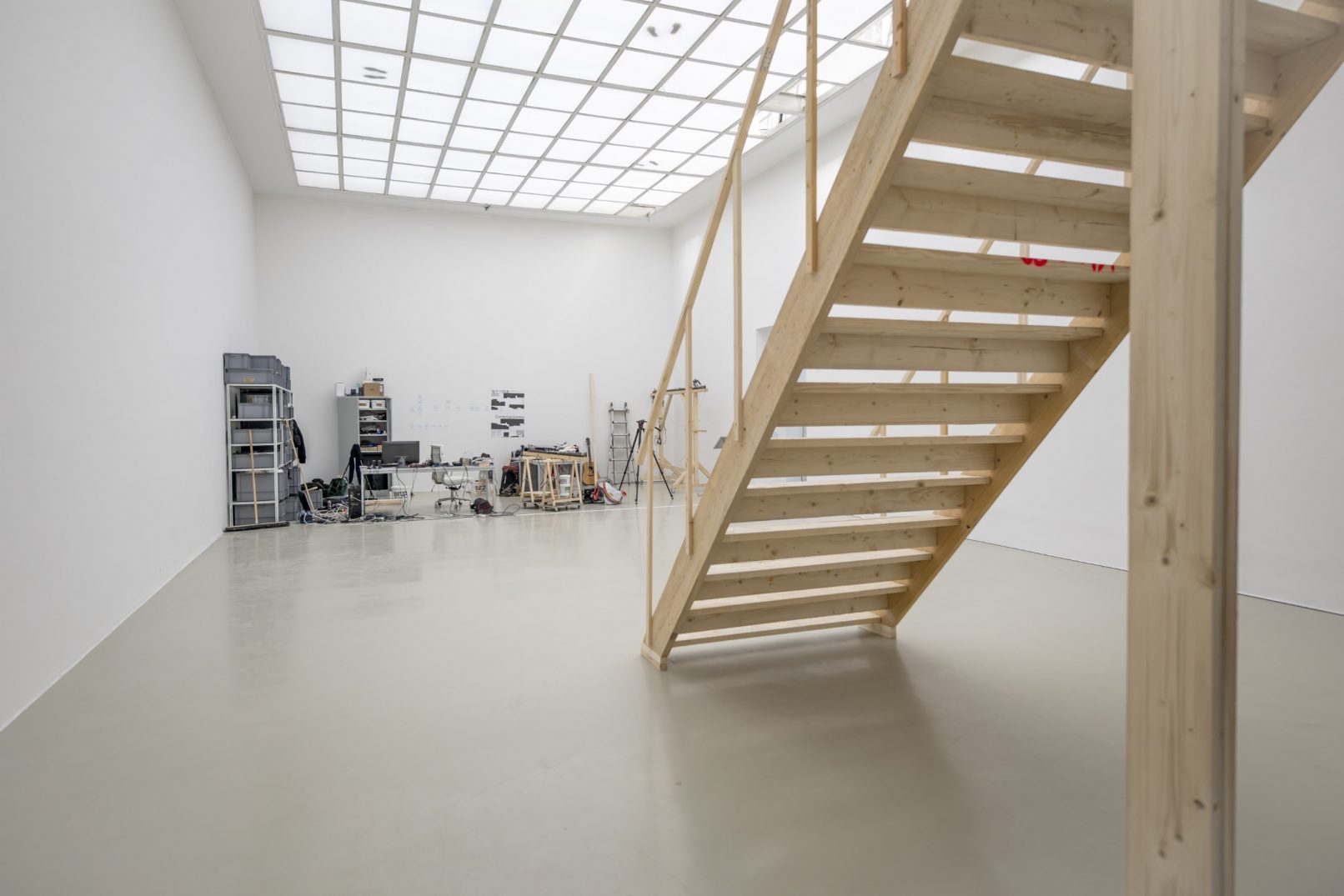