In the summer of 2022, a massive block formed from plaster, woodchip wallpaper and reinforcing fabric hung from the ceiling of the exhibition space in the Warte für Kunst in Kassel. It seemed as if all the other building materials from the last renovation had been formed into a sticky, chewed-up mush and then smeared under the ceiling here.

As if a schoolchild had stuck their chewing gum under the desk. Or like a hastily tended, amateurishly treated broken arm – except that the arm here was the room itself into which this enormous problem spreads. Gurgling water pipes, hissing pipes, dripping taps that sounded from inside the block were harbingers of an even greater evil: water flowed out of every little crevice, hole and gap. Sometimes it shot out of the ceiling in surprise. Sometimes it trickled down leisurely, but no less threateningly.

The pine needles that Lisa Sinan Mrozinski had left there earlier in her exhibition were swept aside – although one might think that they could use the water spraying from the ceiling quite well. A specialist from the company “Gessner-Sohn Heizung+Sanitär” stands in the freely swept circle: the young man had gained free access to the sensitive wooden floorboards, which need to be protected here. The smell of sweat and the sultriness in the room suggest that the care of the problem has been going on for quite some time. Again and again he looks out into the street – obviously waiting for reinforcements. Reinforcements that would bring the decisive tools with which this problem and the man trapped here could be redeemed.

But before he can even rest, the block gurgles again. Another large quantity of water shoots onto the floor and forces the worker, already dripping with sweat, to his knees: with brown, dirty rags he again mops up new water, wringing it out over buckets. Just when it is more or less dry again, the block pours over the man’s shoulders once more. And on and on.

The hopefully awaited colleague never comes. The young man will always remain in this loop. He will never act differently. Not try out a new strategy. Instead, carry out with conviction and vehemence what he feels is right. This kind of problem-solving was on display in Kassel in the summer of 2022. 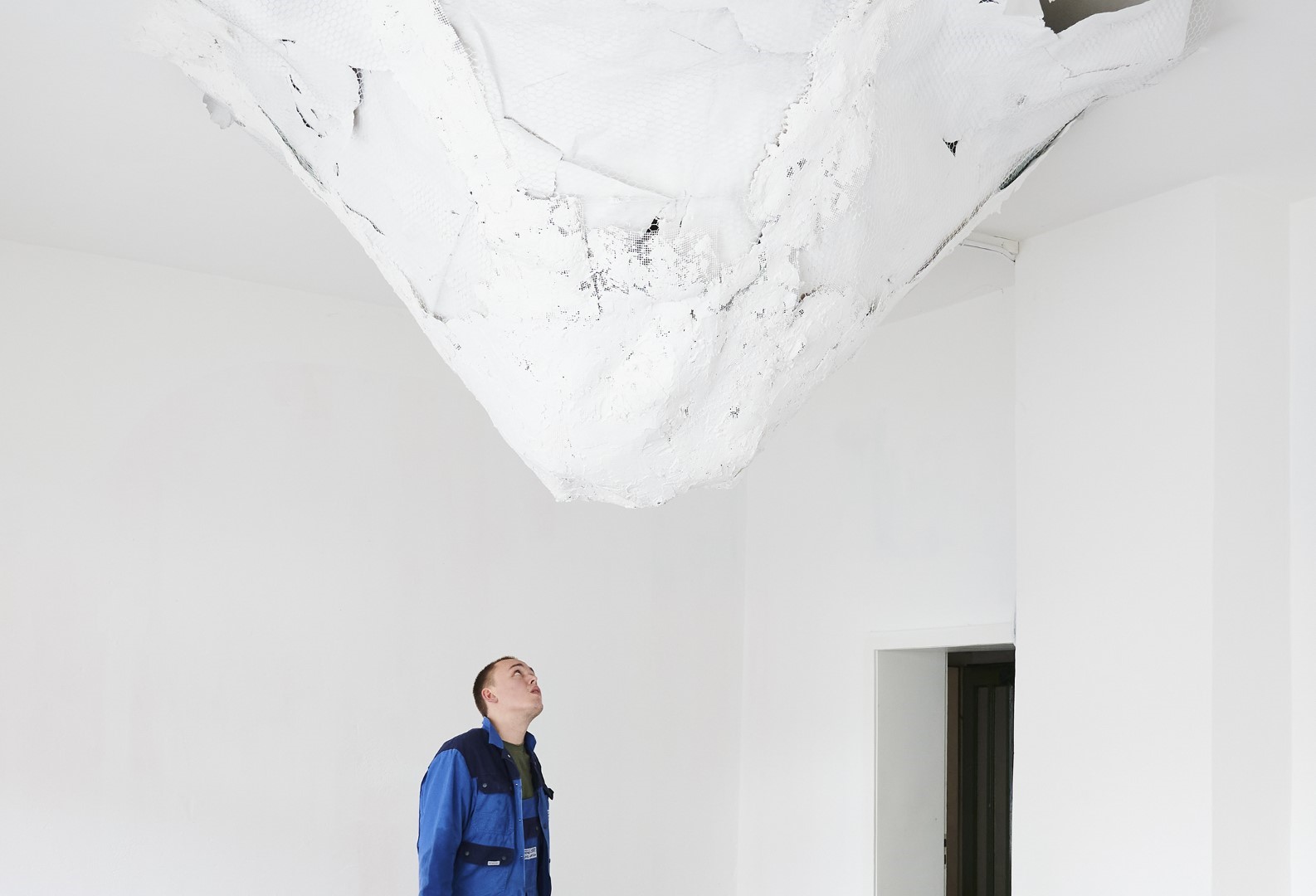 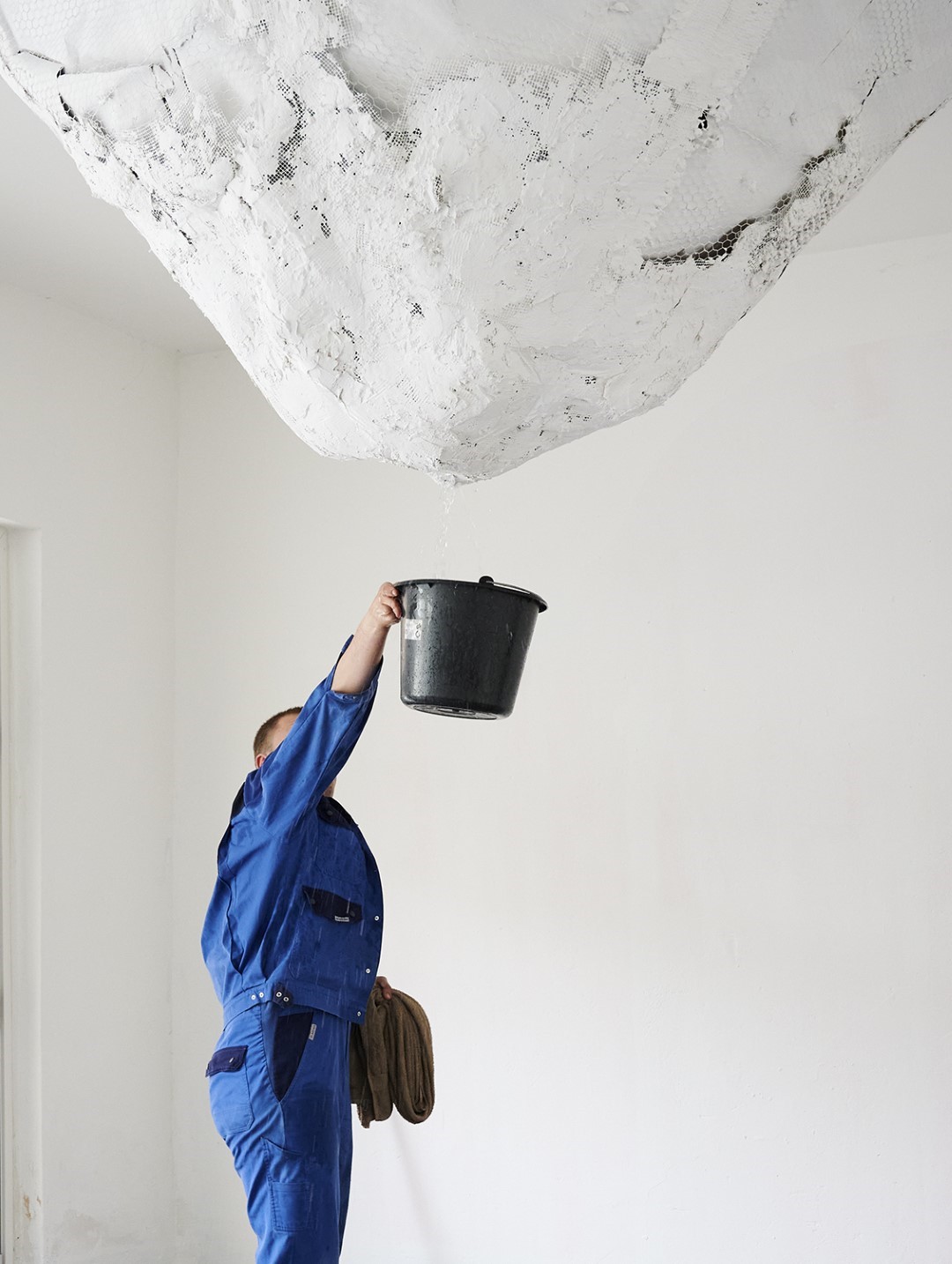 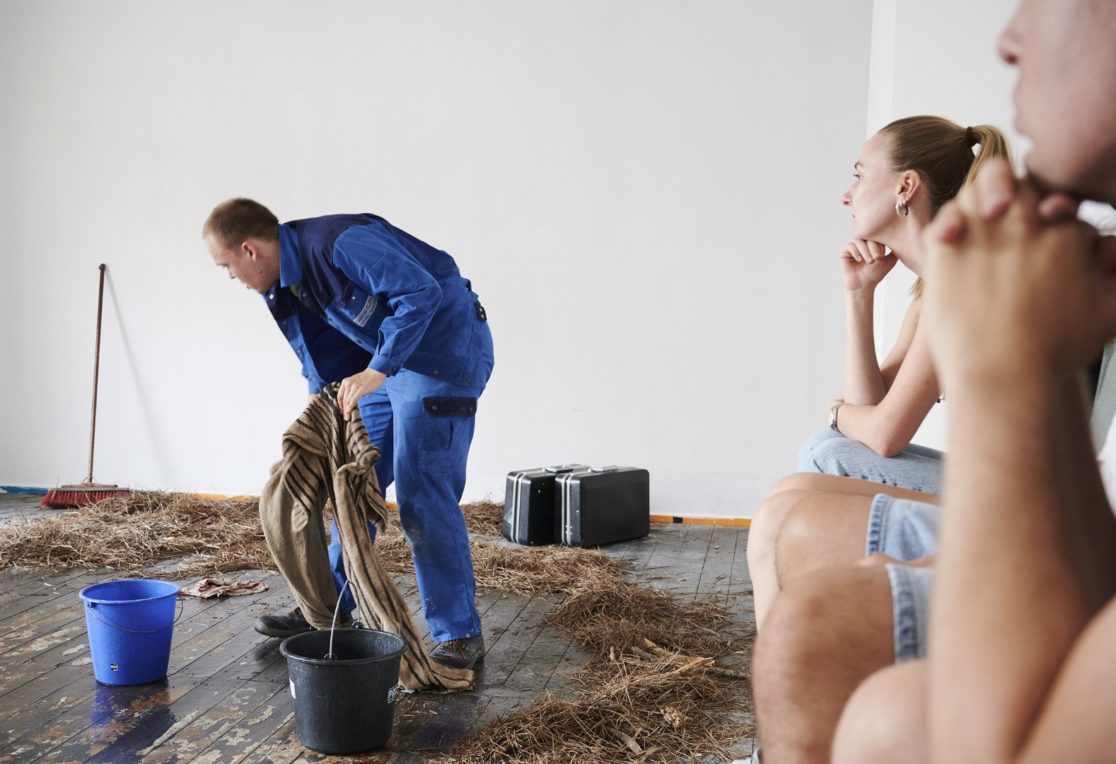 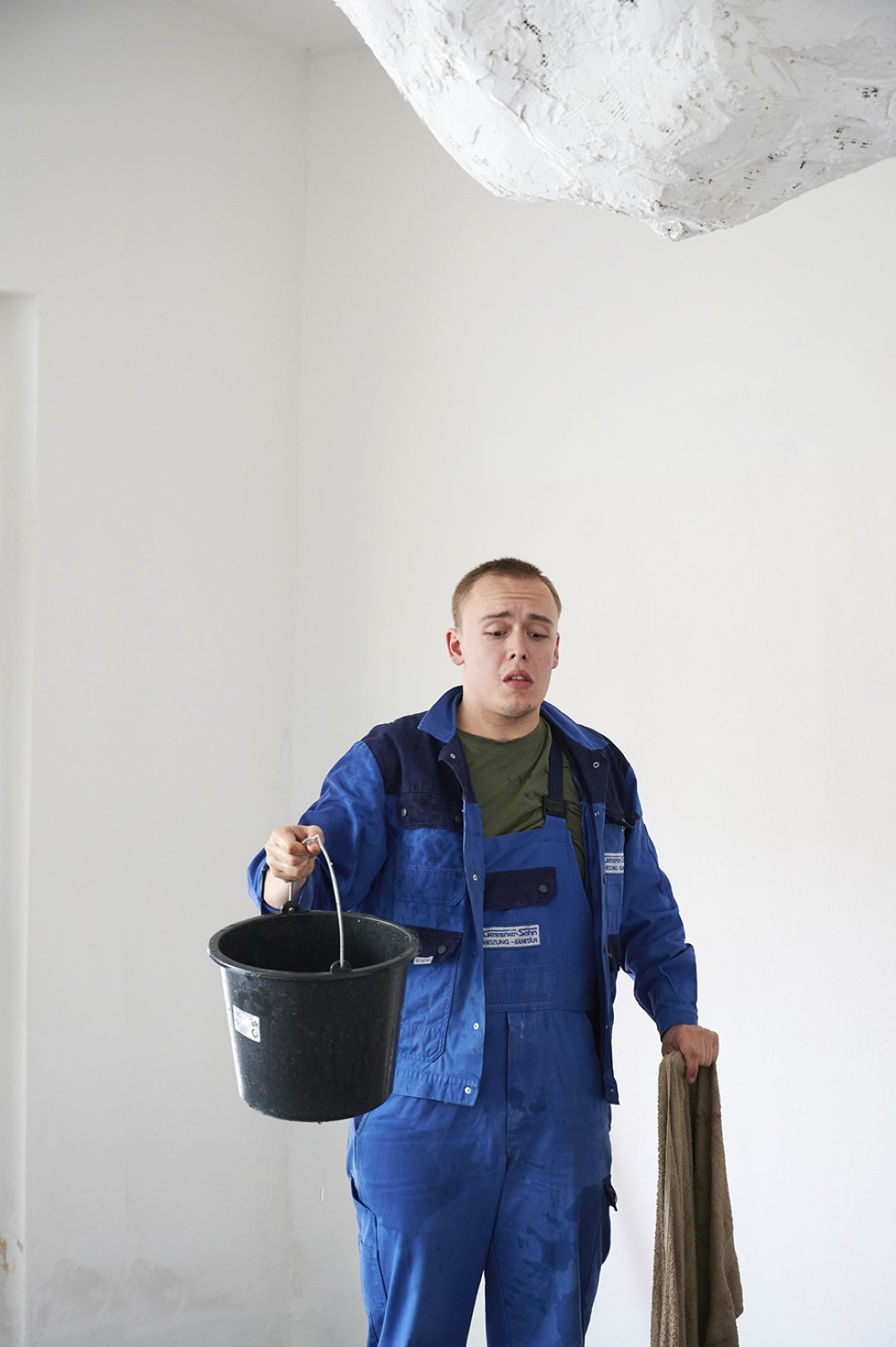 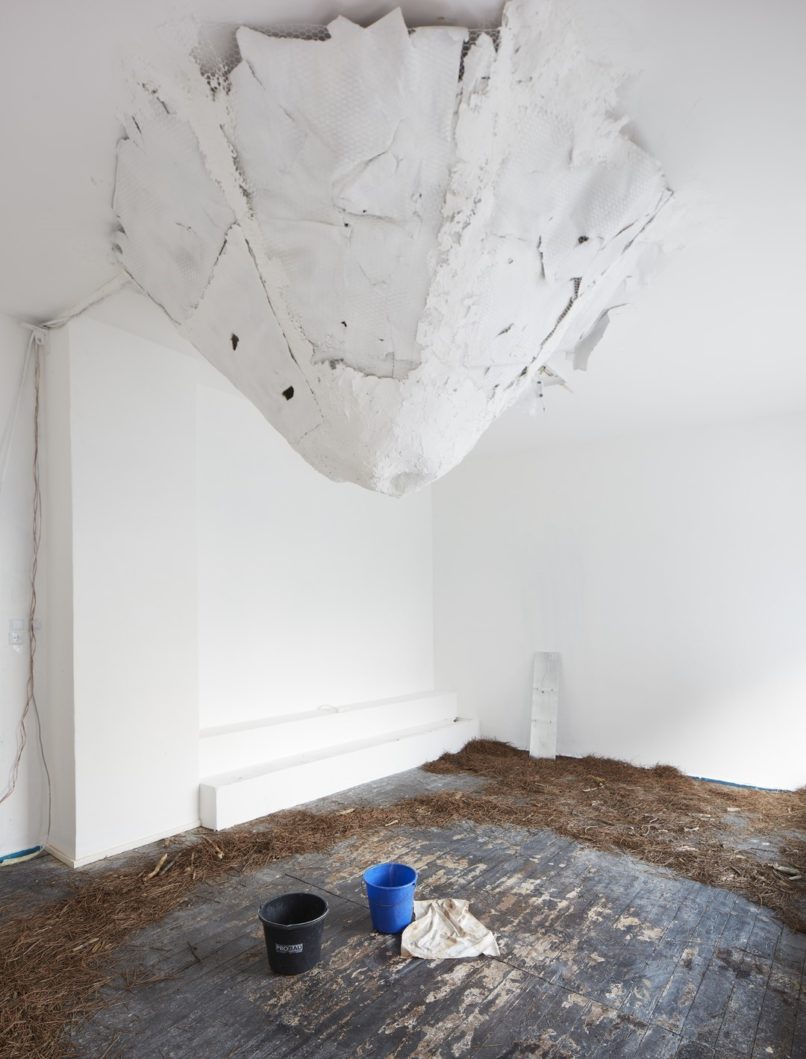 Photo by Tanja Jürgenson
Previous
Next