The shape of the windows behind a gypsum wall is roughly estimated and cut out by hand. Afterwards the extracted pieces are hung on a wall close by, simultaneously exposing positive and negative shapes of the imagined windows.
Revealing the grand leaded windows with decorative ornaments, the vague outlines of the holes seem to dance around the imitated original, almost satirising its strict appearance. With an act similar to an archaeological excavation the original architecture is revealed and simultaneously counteracted: The showing of the mere pragmatic holes reveals the previously hidden structure and becomes the new architecture.
The window »plugs« are being hung as prizes in the same proportions like the holes they used to fill. It is suggesting the reversion of this act, or further covered windows. 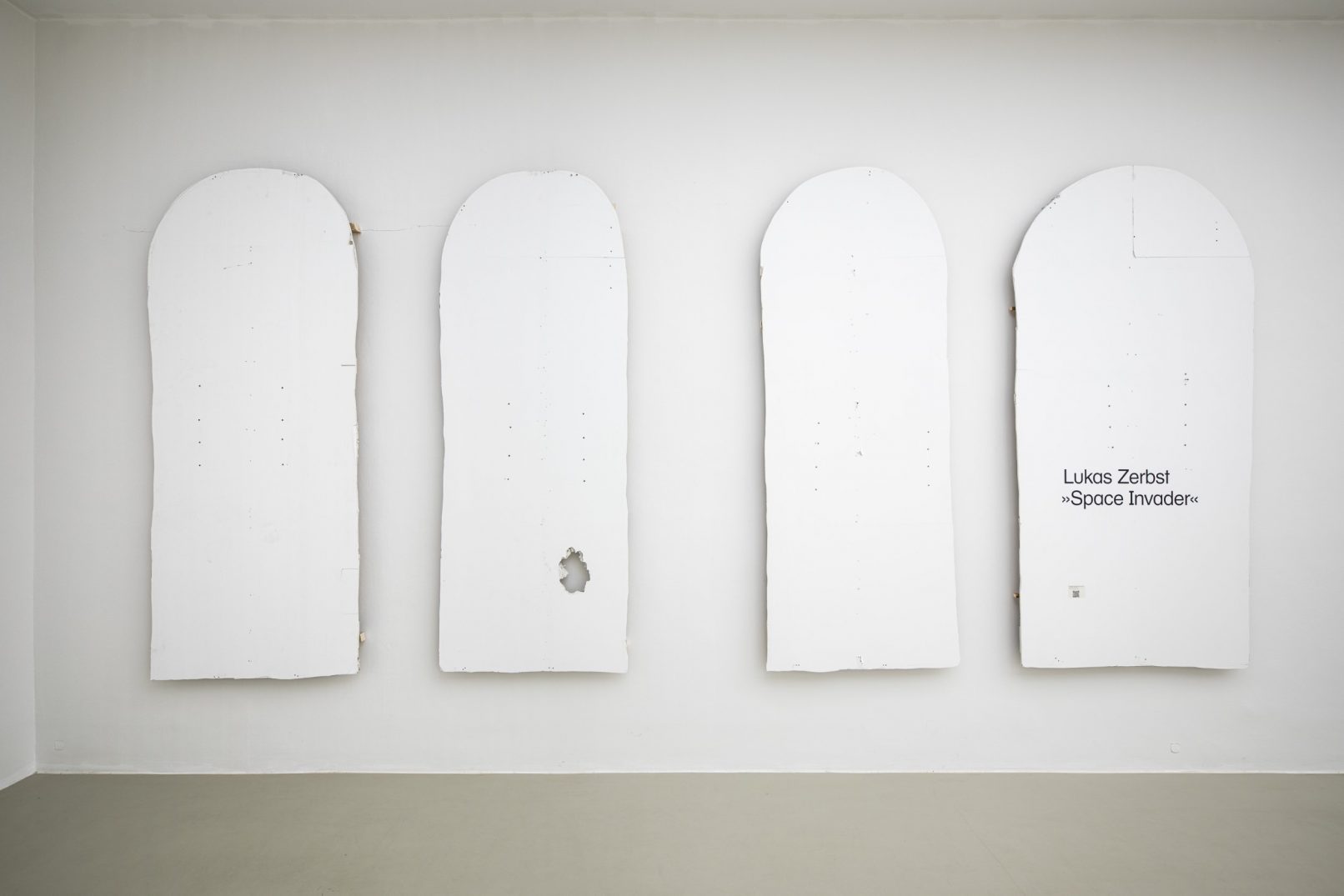