»Behind Closed Doors« was a livestream performance for two local audiences as well as viewers online at the same time. It was a collage-like show which thematised the social media habits of the people involved and put on stage, as well as the medial staging of the hosting institution, the Kaunas Artist House.
The audience was invited to attend the collective self-presentation: an actress announced a free yoga class in which one of the two audiences learned a simple choreography (four »selfie poses«), which they were later allowed to perform for the other audience.
Finally, it was revealed to the audience that they could be watched live by a third internet audience all the time.

»You‘re acting weird when a camera is pointing at you. Authenticity is sellable on the internet, but you can‘t buy it on Amazon or eBay. The more aware we become of the fact that we are constantly acting in a global public, the more professional we become about it. We find a comfort in it – for the cost of authenticity?«

»Numbers and Nicknames – Doesn’t matter to whom they belong. It’s feed – back from the machine I’m feeding.« 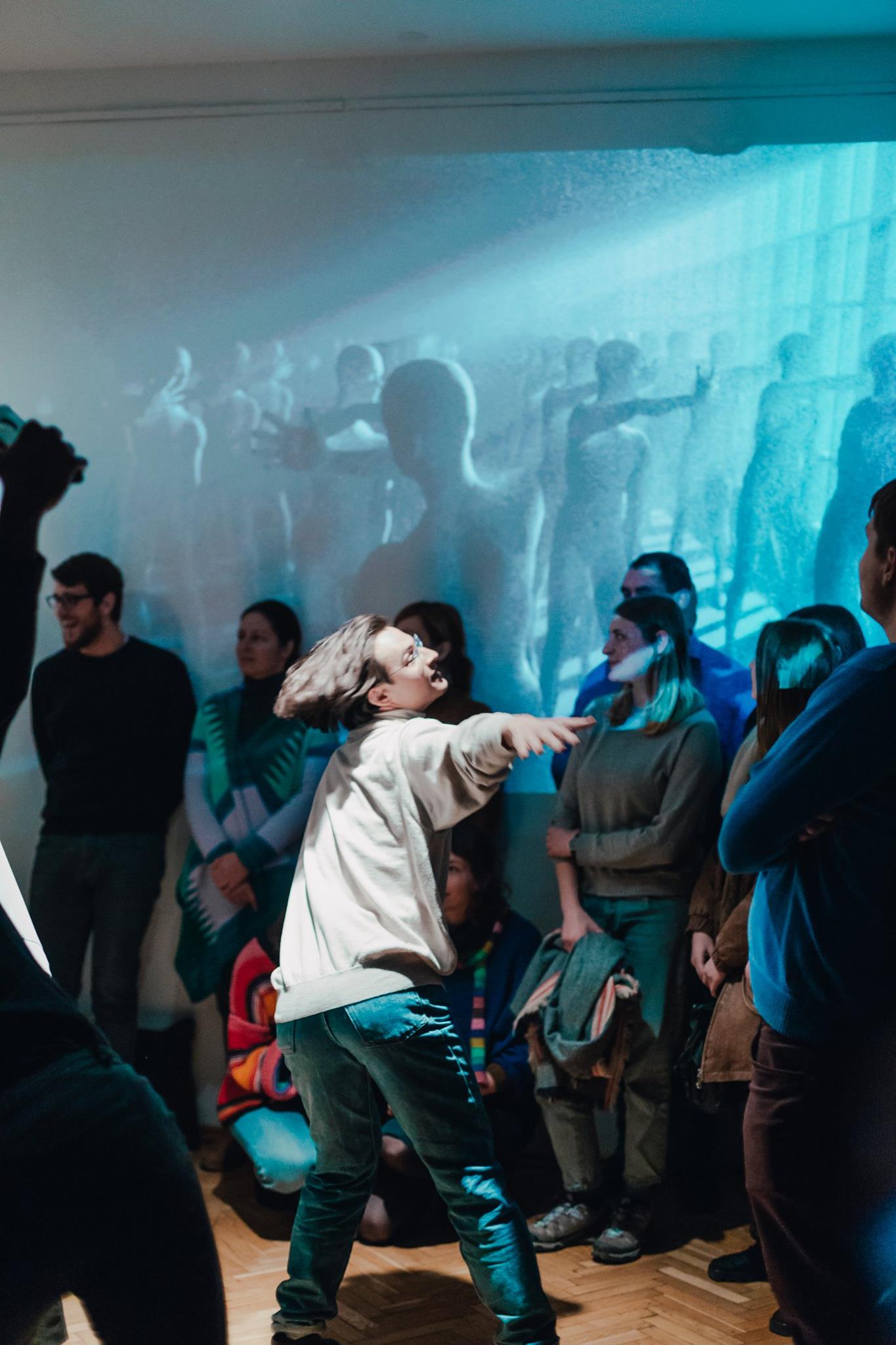 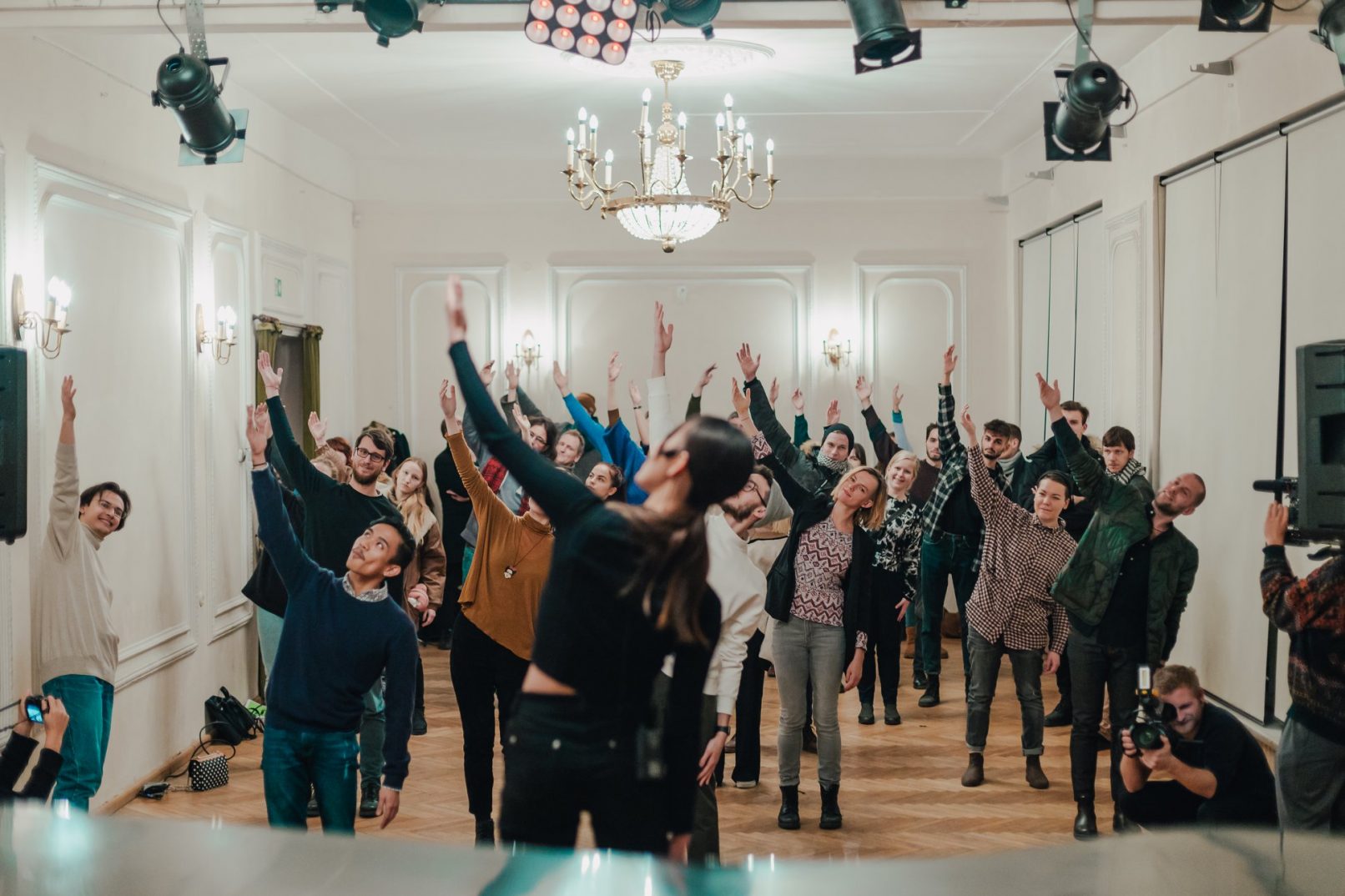 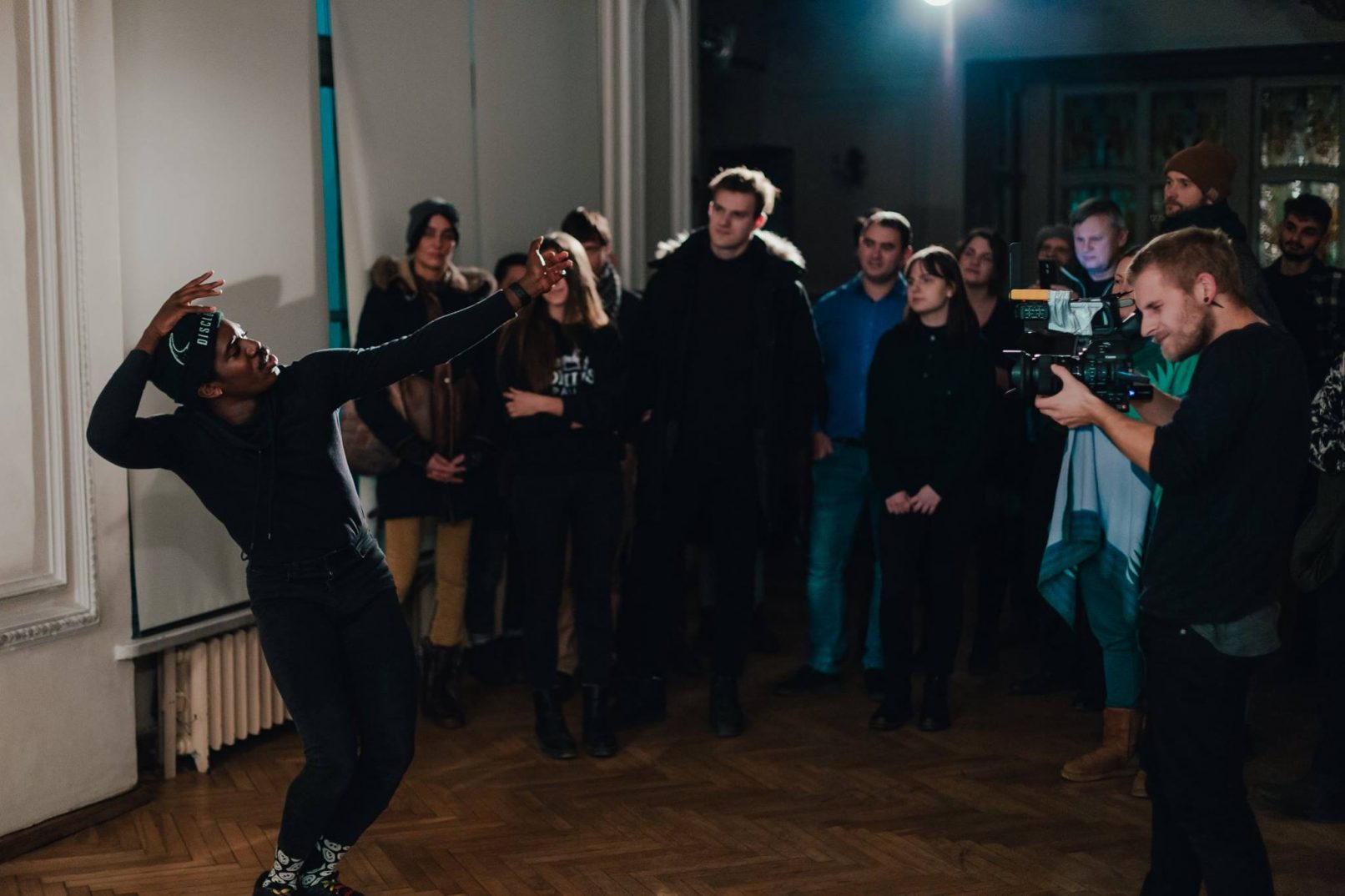