A group of tourists is standing at a busy street in Hanoi and tries to cross it. One of them indicates that he’d like the drivers to slow down with his hand movements, others look for their best opportunity and one is looking at her smartphone. In the center one woman calls towards the camera, indicating with gestures that they’ll be there soon.
Yet, they will never arrive. In an endless loop the group of tourists stands in the busy Vietnamese city like foreign bodies, insecure in their behaviour, yet so self-assured in their appearance. They are addressing the audience by pointing towards the camera – the reality-creating device that is operated by Vietnamese film maker Ta Minh Duc here.

They are stuck in their absurd repetitive movement. Like there is an invisible border that keeps them where they are and also keeps them from interacting with the locals. They don’t react when they are being talked to. However, the only persons who try to talk to them are taxi drivers. 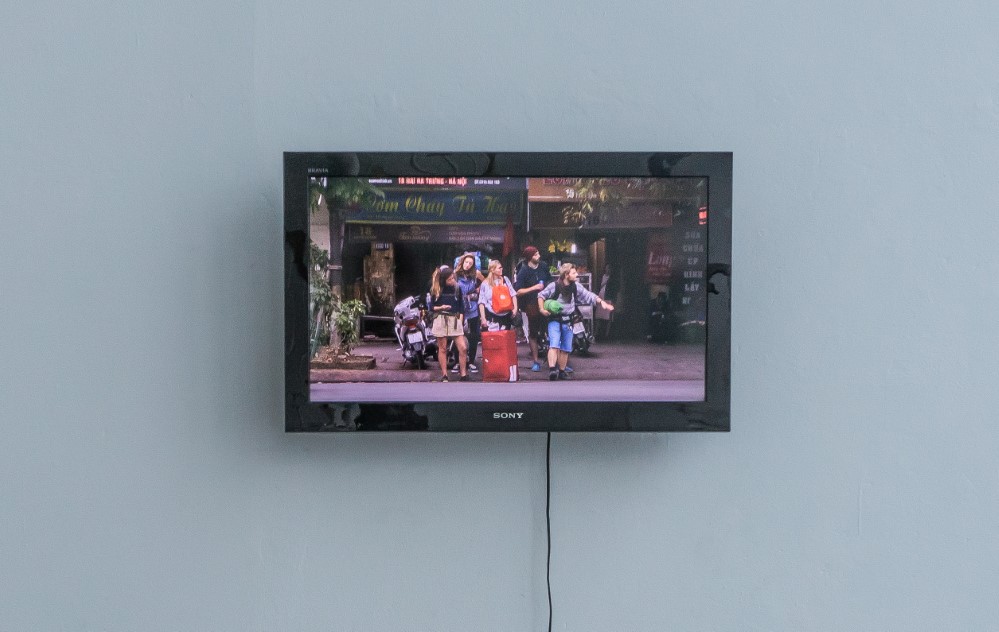