In »Rear Windows« spotlights projected from the inside of the buildigs create window silhouettes into the inner courtyard. Viewers are eventually being put into spotlight and become protagonists involuntarily.
The light in »Rear Windows« is an expression of being observed, which emanates in the window itself. The windows are the origin of the idea of being observed, a condition of the possibility of being observed. The reference to Hitchcocks movie raises motifs of suspense or might be reminiscent of the film’s sujet: Are viewers the ones obeserving or the ones being obeserved? In this short involuntarily spotlight, which stories come up about ourselves, our short solo moment in the theatre of the world? 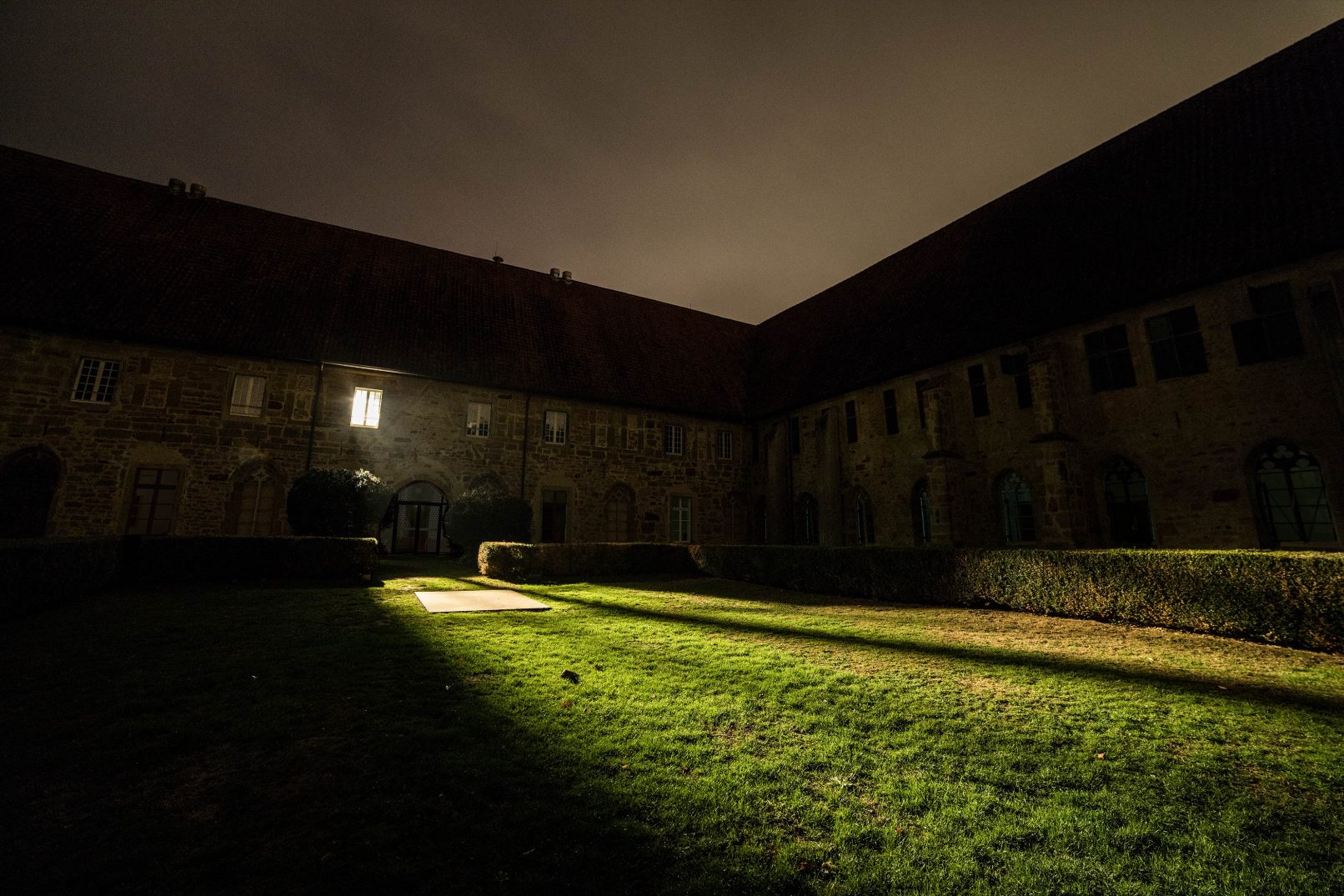